9 Women On How Pregnancy Changed Their Breasts 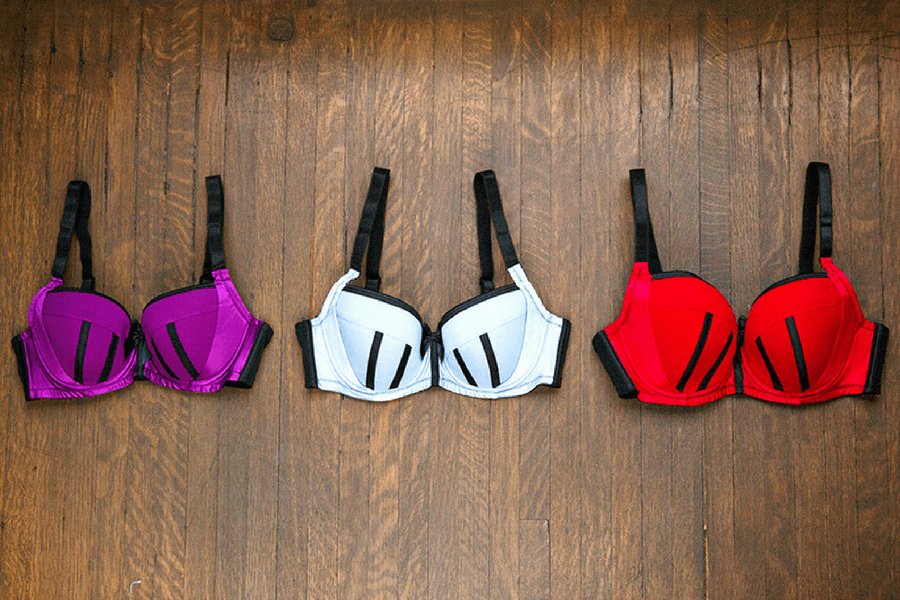 Let’s talk about pregnancy boobs. It’s no secret that they’re going through a lot of significant changes. Hormonal shifts can cause them to get bigger, fuller, sore, and/or sensitive, among other things. As such, many women find themselves being forced to embrace this new bust line. That typically means coming to terms with the fact that their previous bras simply aren’t going to cut it — and ultimately, shopping for some new ones.

Of course, pregnancy doesn’t affect all women’s breasts the same way. Some say their breasts feel heavy. Others say they feel more firm. Some also find that they feel itchy, or that the veins are more visible. As the body adjusts the hormonal shifts in the first trimester, many women experience aching in their breast area as well as their armpits. Nipples might become darker, more sensitive or more pronounced — and even may change shape, according to Healthline.

The bottom line? Changes of some kind are basically inevitable but can vary from person to person.

Here’s what nine women had to say about their experience dealing with the notorious “pregnancy boobs.” 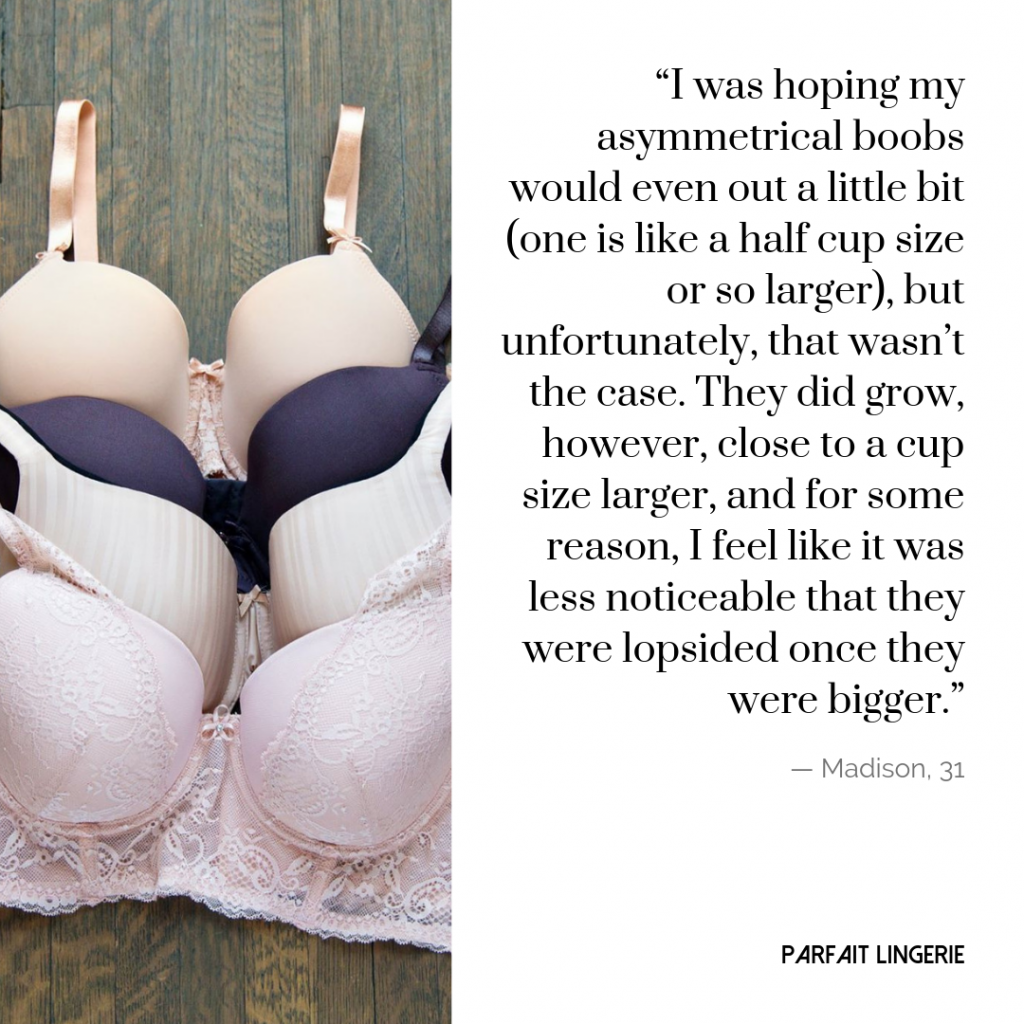 “I was hoping my asymmetrical boobs would even out a little bit (one is like a half cup size or so larger), but unfortunately, that wasn’t the case. They did grow, however, close to a cup size larger, and for some reason, I feel like it was less noticeable that they were lopsided once they were bigger.”
— Madison, 31

“I’ve had a small chest my entire life and was really looking forward to that extra ‘oomph’ during pregnancy. So, I was pretty disappointed when they barely grew half a cup size! Oh well, I guess it’s just a sign that I’ve gotta embrace what I’ve got.”
— Lily, 28 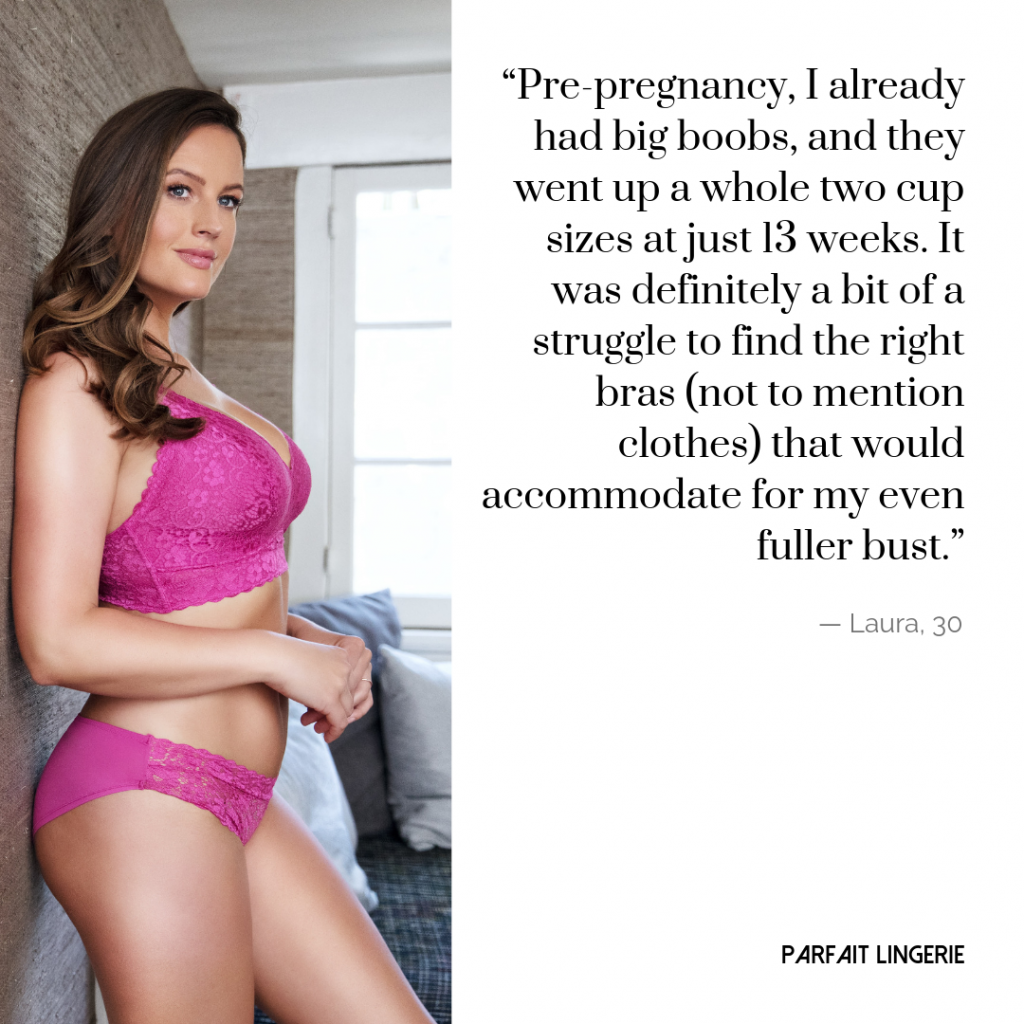 “Pre-pregnancy, I already had big boobs, and they went up a whole two cup sizes at just 13 weeks. It was definitely a bit of a struggle to find the right bras (not to mention clothes) that would accommodate for my even fuller bust.”
— Laura, 30 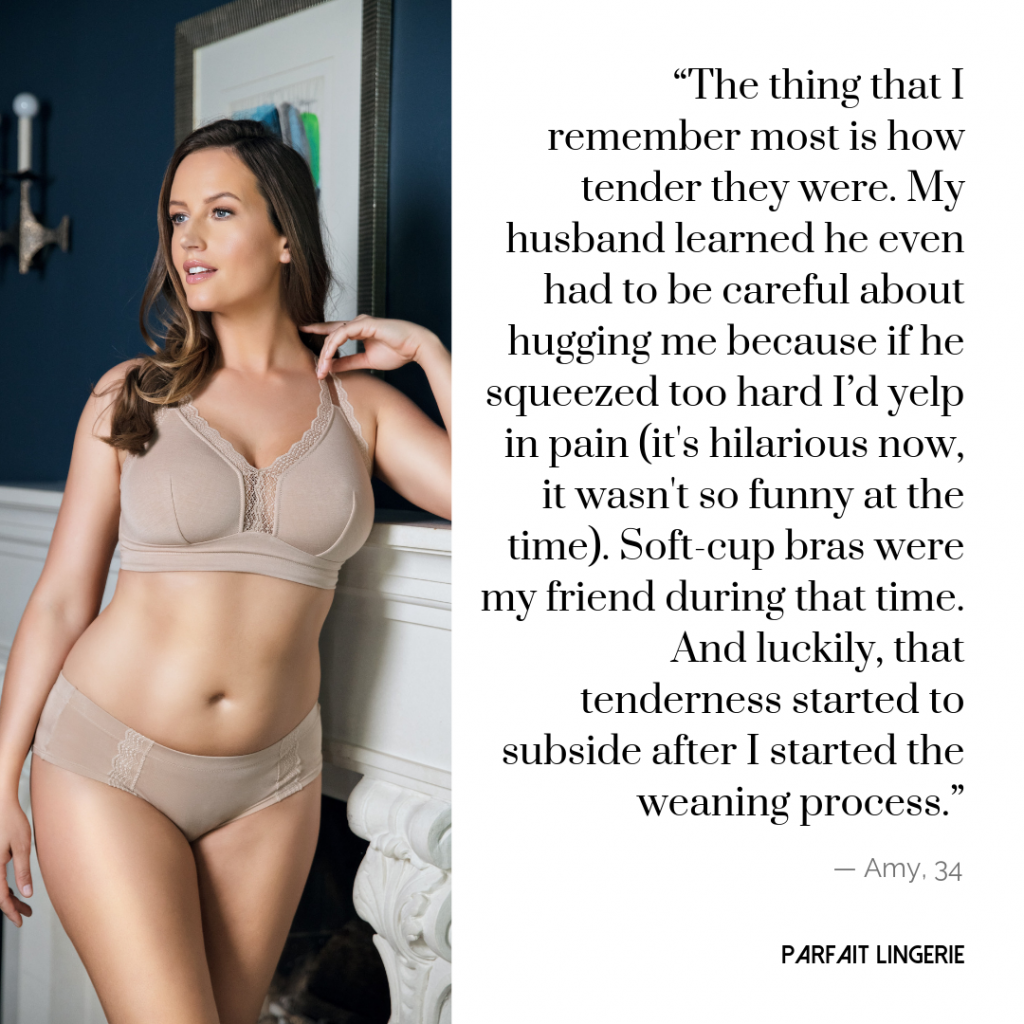 “The thing that I remember most is how tender they were. My husband learned he even had to be careful about hugging me because if he squeezed too hard I’d yelp in pain (it’s hilarious now, it wasn’t so funny at the time). Soft-cup bras were my friend during that time. And luckily, that tenderness started to subside after I started the weaning process.”
— Amy, 34

Related: Where To Buy Maternity Bras 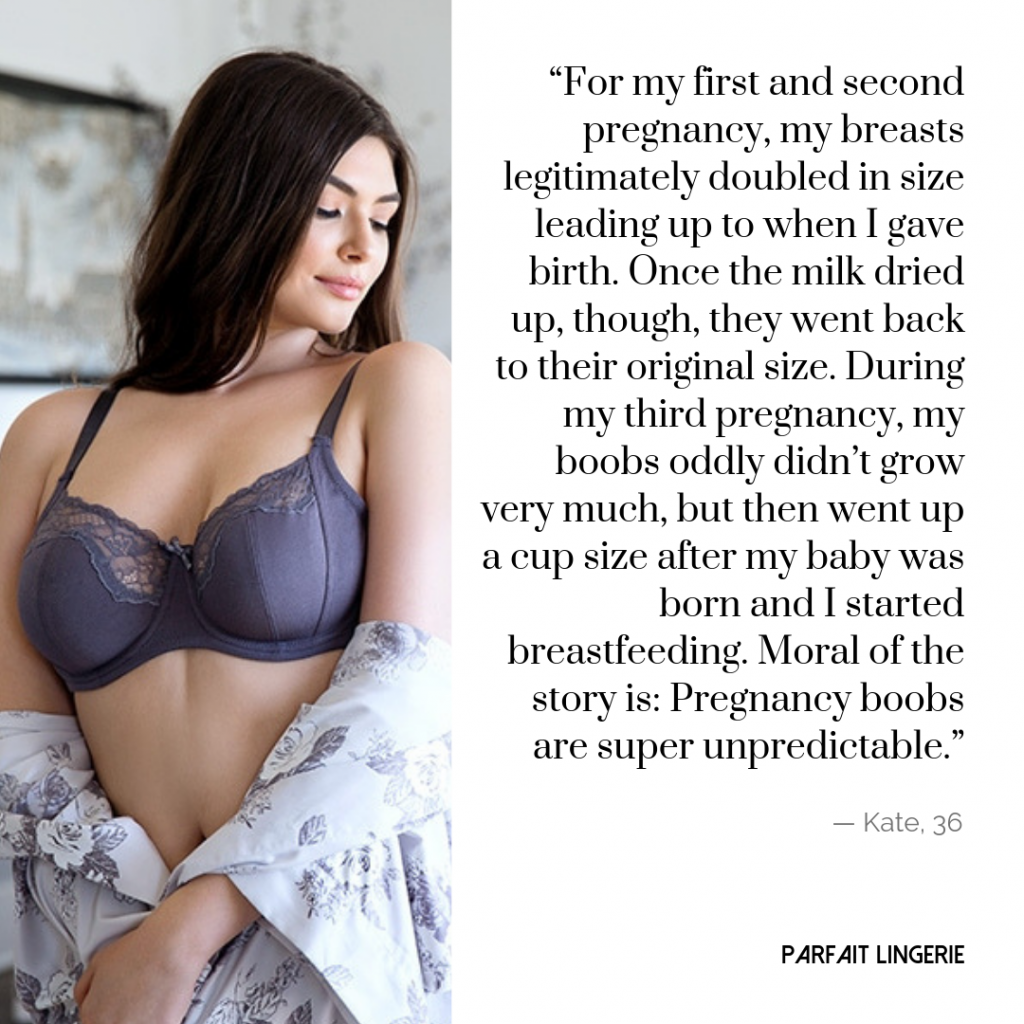 “For my first and second pregnancy, my breasts legitimately doubled in size leading up to when I gave birth. Once the milk dried up, though, they went back to their original size. During my third pregnancy, my boobs oddly didn’t grow very much, but then went up a cup size after my baby was born and I started breastfeeding. Moral of the story is: Pregnancy boobs are super unpredictable.”
— Kate, 36 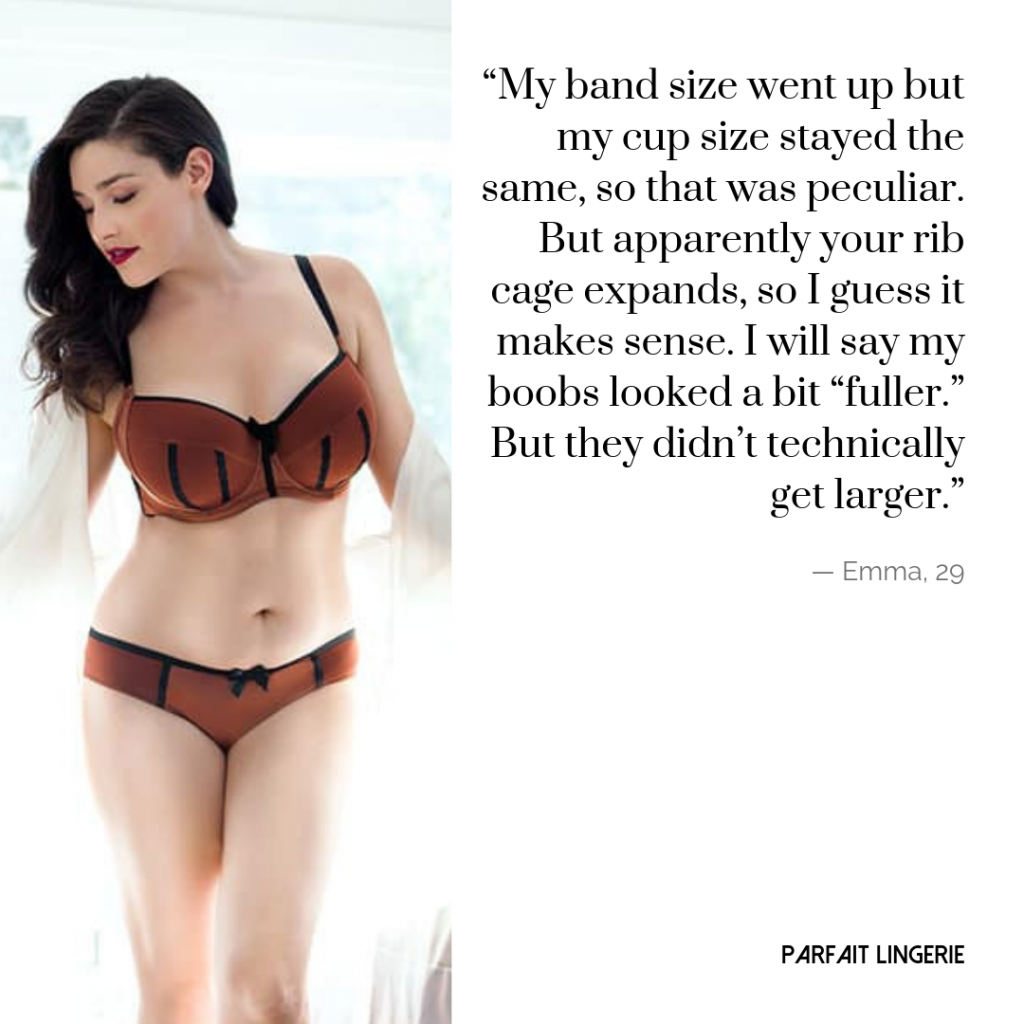 “My band size went up but my cup size stayed the same, so that was peculiar. But apparently your rib cage expands, so I guess it makes sense. I will say my boobs looked a bit “fuller.” But they didn’t technically get larger.”
— Emma, 29 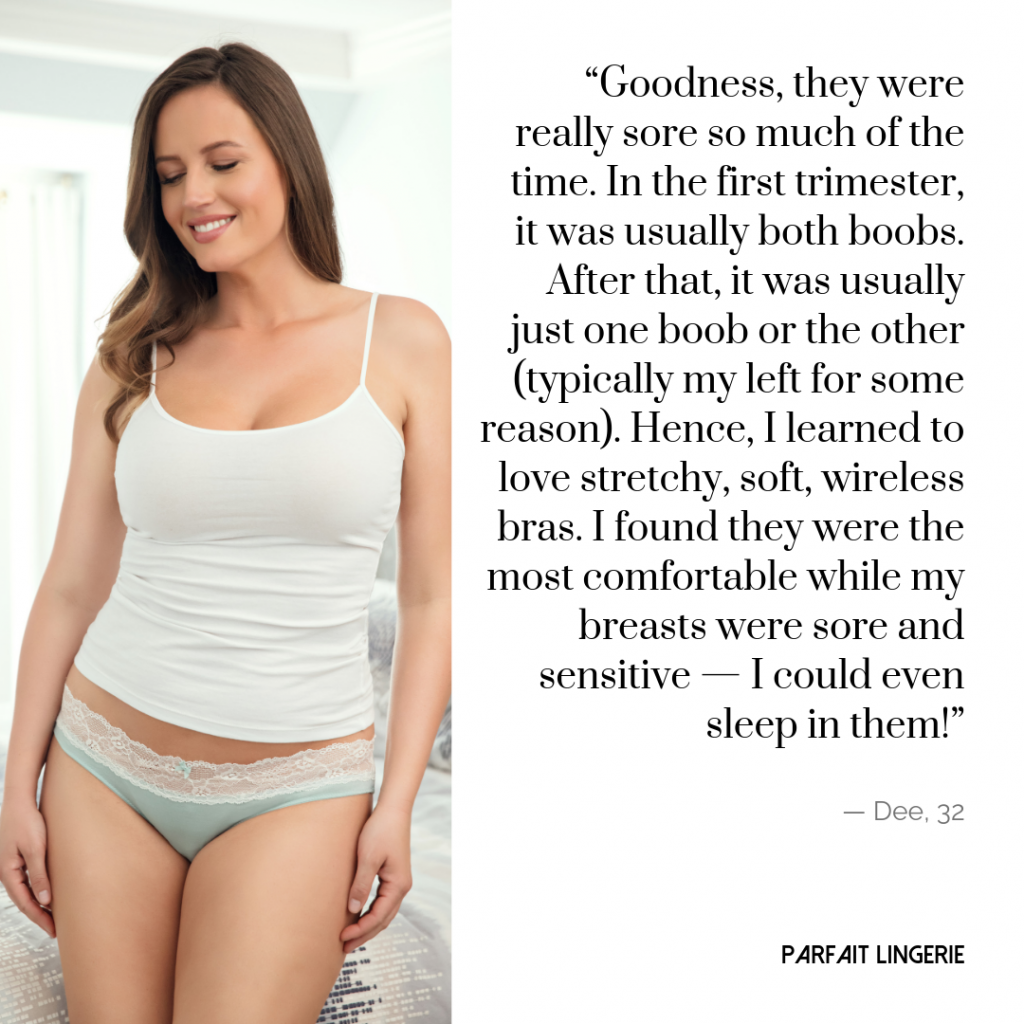 “Goodness, they were really sore so much of the time. In the first trimester, it was usually both boobs. After that, it was usually just one boob or the other (typically my left for some reason). Hence, I learned to love stretchy, soft, wireless bras. I found they were the most comfortable while my breasts were sore and sensitive — I could even sleep in them!”
— Dee, 32 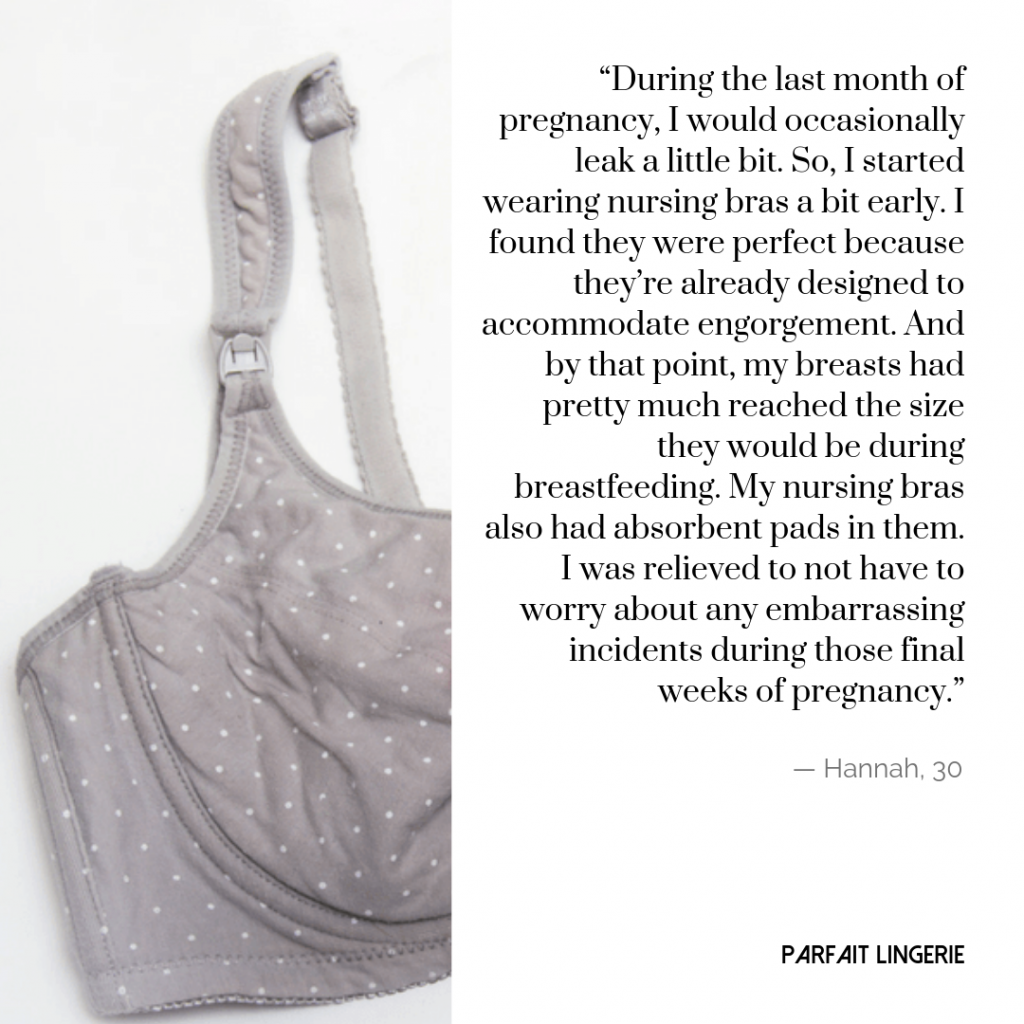 “During the last month of pregnancy, I would occasionally leak a little bit. So, I started wearing nursing bras a bit early. I found they were perfect because they’re already designed to accommodate engorgement. And by that point, my breasts had pretty much reached the size they would be during breastfeeding. My nursing bras also had absorbent pads in them. I was relieved to not have to worry about any embarrassing incidents during those final weeks of pregnancy.”
— Hannah, 30 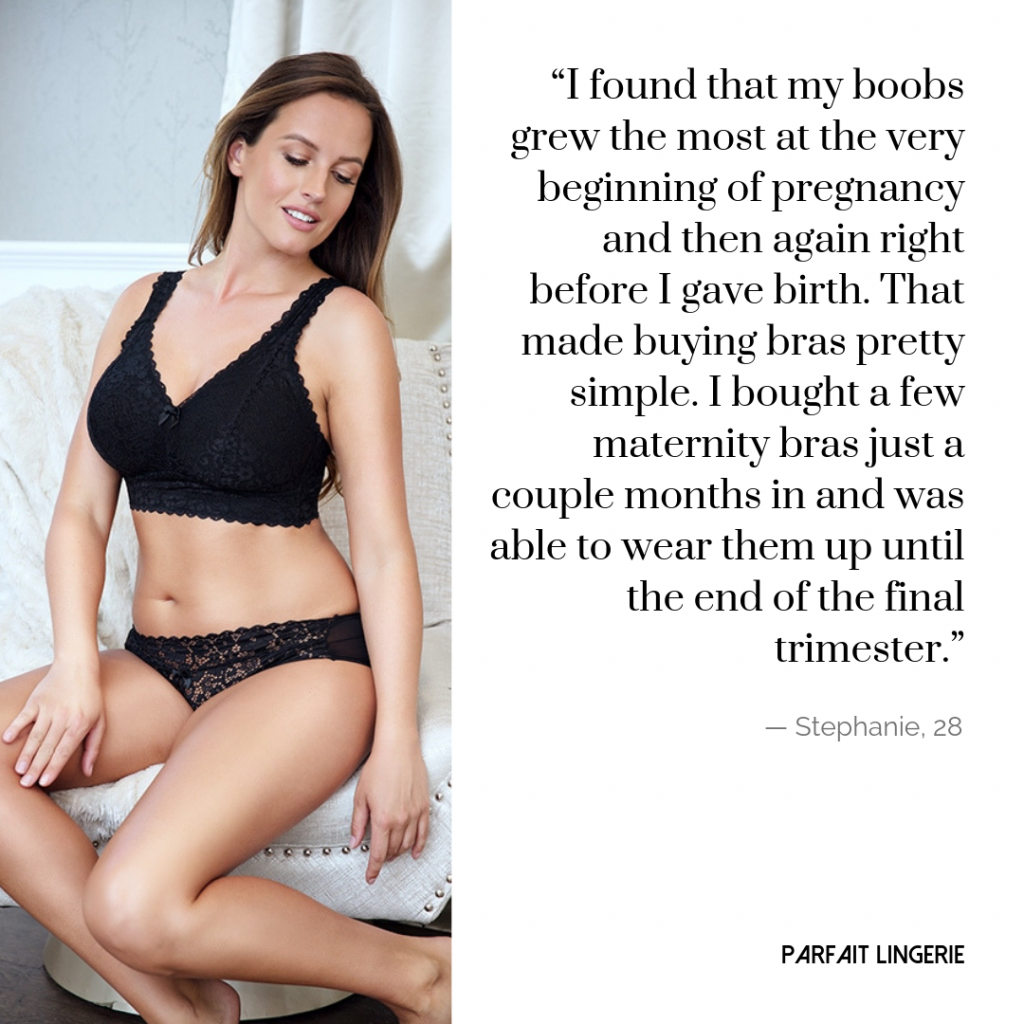 “I found that my boobs grew the most at the very beginning of pregnancy and then again right before I gave birth. That made buying bras pretty simple. I bought a few maternity bras just a couple months in and was able to wear them up until the end of the final trimester.”
— Stephanie, 28

The good news about pregnancy boobs is that there are ways to accommodate all of the crazy shifts to ensure you’re as comfortable as possible. Investing in well-fitting bras, whether nursing bras, maternity bras, or wireless bras, can ensure that your breasts have sufficient support. That means you can look — and feel — as fabulous as possible, regardless of whatever unexpected changes come your way.